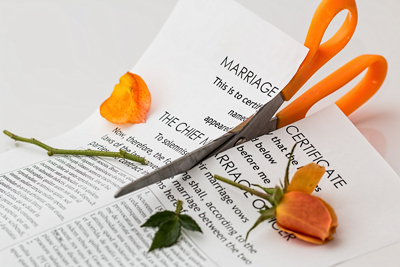 How you handle a divorce could change in a big way since the passing of the new GOP tax plan. One provision gets rid of a 75-year-old tax deduction for alimony payments, and this is how it can affect divorce negotiations and spousal support starting in 2019.

What exactly is changing?

The treatment of alimony or separate maintenance payments will drastically change starting in 2019 due to the passing of the Tax Cuts and Jobs Act of 2017. For any divorce or separation agreement executed after December 31, 2018, alimony and separate maintenance payments will not be tax-deductible for the payer-spouse. Also, it will not be taxed as regular income for the recipient. Going forward, income used for alimony will be taxed at the rates applicable to the payer-spouse.

Right now, it is the opposite; alimony payments are tax-free for the payer and is taxed as regular income for the recipient. Since the recipient usually makes less money, this keeps more money in the family unit.

What are the arguments?

Before that act’s passing, the House Ways and Means Committee called the alimony deduction a “divorce subsidy.” They believed that a divorced couple could achieve a better tax result for payments between them than a married couple would be allowed. Congress’s nonpartisan Joint Committee on Taxation estimates that repealing the deduction will add $6.9 billion in new tax revenue over ten years.

What are the concerns?

Critics fear that without the deduction, higher-earning spouses will pay less alimony to their former partners, resulting not only in tougher negotiations but also in more traumatic divorce experiences for all parties involved.

So, what does this mean for divorces going forward?

This change may very well cause a rush of divorce or separation agreements before December 31, 2018, to take advantage of the current rules. Future negotiations will become tougher and likely lead to less spousal support after 2018.

Also, if an agreement is executed before December 31, 2018, but modified after that date, the new rules apply if the modification expressly provides that the new amendments apply.

A practice pointer is that if the provisions of the 2017 Tax Cuts and Jobs Act are not to apply to any post-2018 modification to alimony or separate maintenance payment agreement, the modification agreement must contain language to this effect.

No, the new law does not change the tax treatment of child support payments. These payments will remain non-deductible by the payer and not includable as income for the recipient.