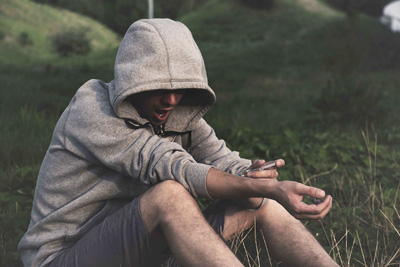 Judgment day has arrived for the opioid drug industry. Locally and nationally, professionals are teaming up to protect Americans and their families from the epidemic that is spiraling across the country.

According to numbers released by the CDC, drug overdoses are the leading cause of death for Americans under 50. Leading the pack is Fentanyl, which is stronger than heroin and available via prescription. In addition, Fentanyl is now being illegally made to boost heroin’s potency; a total game-changer.

America’s opioid crisis has resulted in significant and non-reimbursable expenses that leave local governments deflated. The epidemic has resulted in thousands of deaths and increased costs in safety, public health and other local services needed to help fight the issue. Also, there is the underreported impact on foster care where one-third of all children entering the system are from drug addicted households.

A different perspective on consequences

Since the opioid epidemic is raging across the nation, a small niche industry has been created…and it’s thriving. When an overdose occurs, and a crime scene is all that’s left, someone has to clean up the mess. Professionals must be called in to clean up the scene, whether it be blood, body fluids or deadly drugs. Fentanyl, a particularly potent opioid, can cause someone to overdose if it is inhaled or comes into contact with the mouth or eyes. This little-known industry is experiencing a boom as a consequence of the epidemic. Law enforcement agencies and local governments are contracting these operations that are certified to handle and dispose of biohazard medical waste.

Fentanyl is so potent it has been considered a weapon by those who clean it up and dispose of it. Companies are racing to develop what could become the EPA-registered solution to deactivate fentanyl. As of yet, there are no standards or accepted protocols in existence for its cleanup in residential spaces. It’s a terrifying substance taking lives and leaving devastation.

Covington takes on the pharmaceutical industry

This issue has had an impact on St. Tammany Parish, since local law enforcement saw an outbreak of heroin-related deaths in January. There are more deaths in the parish due to overdose than car-related incidents. The Covington City Council gave Mayor Mike Cooper the authority to hire a local Louisiana Law firm to take on the pharmaceutical industry. They are going to fight the pharmaceuticals for knowingly mislabeling and misrepresenting their opiate-based drugs which they believe to be a direct cause of the opioid epidemic.

The law firm is also going to represent Covington in a civil lawsuit against opioid manufactures and distributers.

Not only is the local law firm representing Covington, it is a part of a larger national team to take on the opioid drug industry. Their main goal is to team up with local governments, hospitals, foster care agencies, and other public third-parties to recoup the unreimbursed expense for dealing with a drug crisis. According to Mayor Cooper, if they are able to recover some of the extensive costs that the city has incurred in dealing with this rampant problem, then they will put that money into treatment programs to address the opioid addiction problem firsthand.

According to Bill Lozes, one of the attorneys, the team is ready to protect the interests of all those who have suffered and will continue to suffer as a result of the callous actions of the drug manufactures.

Facts show that pharmaceutical drug companies and their partners downplayed the risks and consequences and exaggerated the benefits of opioids. The lawsuits will focus on the distributors’ violation of the Controlled Substances Act by failing to report the unusual patterns associated with the opioid purchases and use. Public entities, like the City of Covington, and private entities, such as hospitals have experienced tremendous costs because of the epidemic, and now they are forcing the pharmaceutical industry to take responsibility for its actions. There is finally awareness, there is action, and there is hope for Americans.